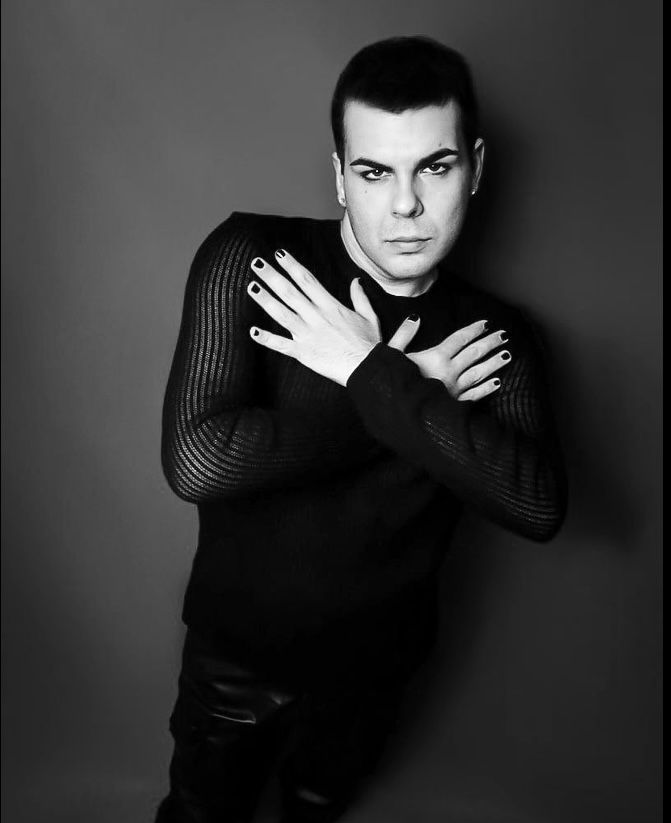 lex Brognara was born in Bologna on 06/10/1993.
His grandfather was a luthier and a great guitar enthusiast, during his musical performances he was often accompanied by his very young grandson and he was the first to discover Alex’s qualities. He enrolled him in his first singing school. Since then, Alex has never stopped studying.

A few years later he met Iskra Menarini, the historic vocalist of Lucio Dalla, and began to study under her guidance, taking his first small steps in the musical environment. Later she continued her studies at the “Sanremo Production Academy” and at the same time followed private lessons from Maria Grazia Fontana, Andrea Rodini and Gabriella Scalise.

As soon as he finished high school, when he was only 19 years old, Alex decided to find a new way and to make a great and fundamental experience overseas. He moved to Mexico with his uncles and cousin producer Stefano Vieni to continue studying music and singing, experimenting with new artistic worlds and new sounds.
He lives in Mexico City for 5 years where he begins to study singing with the teachers Michelle Batres coach of Danna Paola, Reyli Barba, Timbriche, Gabriella Guzman coach of Jeans and Jessica Puente coach of Motel and others.

In 2015 he meets Raúl Ruiz, A&R of Sony Music México; he will study composition and Music Business. Later, Alex began to collaborate with great Latin American artists and authors such as Reik, Kaay, Paulino Monroy, Carola Rosas, Benjamin Diaz, Angela Davos, Pepe Portilla and many others.

In 2017 he signed an editorial contract with Universal Music Publishing Mx/Latin following auditions with the Director and A&R Simon Medina and President Yadira Moreno who were impressed by his pieces, written strictly in Spanish.

In the same period he was chosen by the Italian Chamber of Commerce in Mexico to perform at the Premio Italia Mexico event, representing young Italian talents in South America.

At the end of 2017 he decided to return to Italy. His desire is to bring his music and emotions to his home country.